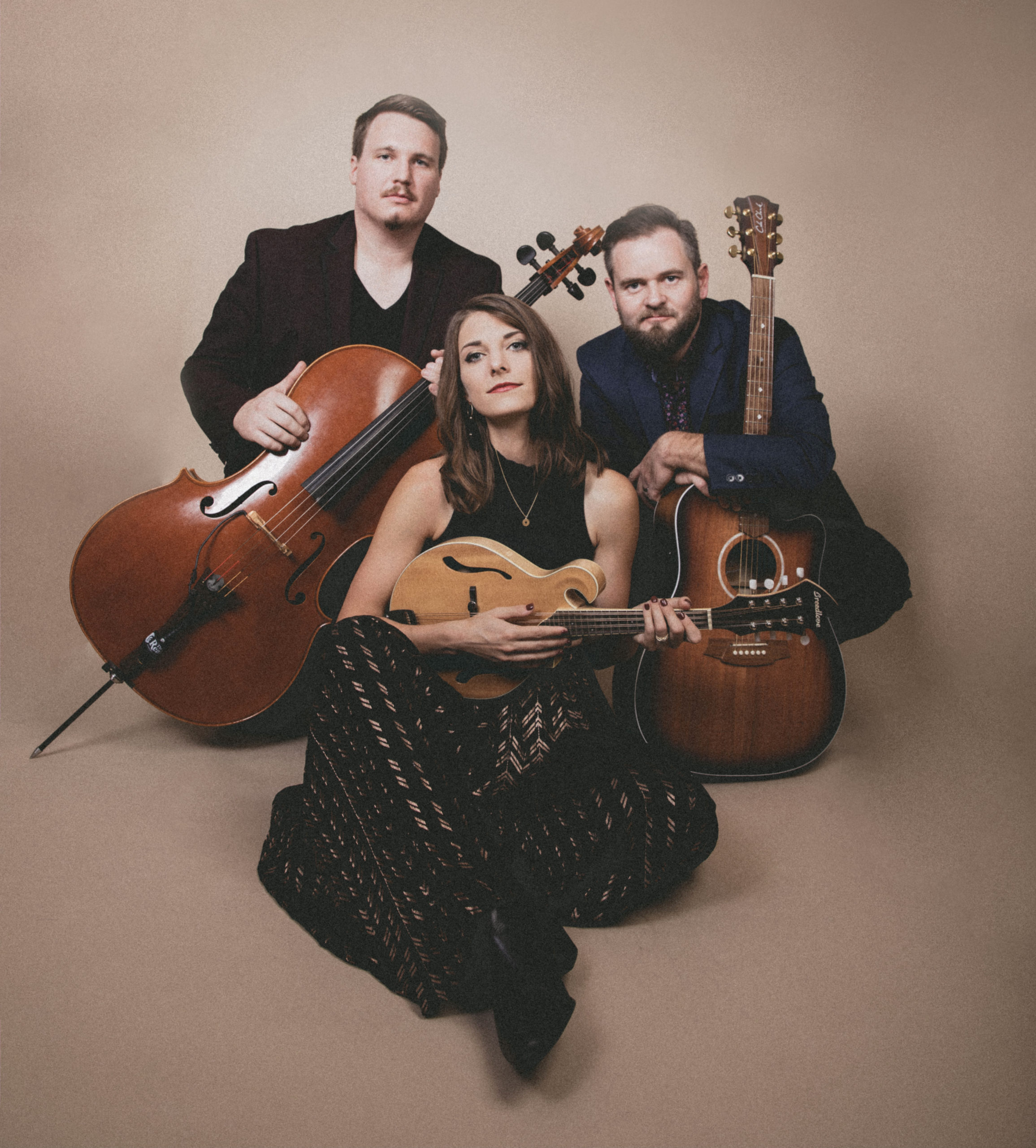 South for Winter brings a blend of dreamy acoustic duets, foot-stomping folk and bluesy ballads to Voices Café, in-person and live stream.
Doors open at 7:30. For tickets go to: voicescafe.org.

Described as “as cool and eclectic as their origins” by The Static Dive, they’ve been turning heads across continents ever since.

In 2018 South for Winter was nominated as a rising local band by Nashville’s Lightning 100 Radio; in 2019, voted a “Most Wanted” Artist at Falcon Ridge Festival; in 2020, chosen as a Top Artist of 2019 by BuzzMusic blog; in 2021, chosen as a “top DJ pick” by John Platt of New York City’s WFUV Radio and an Official Showcase Artist at Folk Alliance’s Regional and Midwest showcases; and finally, in 2022, an Official Showcase Artist at Folk Alliance International. In March 2020 the trio successfully crowdfunded the independent release of their debut full-length album Luxumbra, recorded with GRAMMY award-winning producer Matt Leigh in Nashville, TN, praised by sites such as For the Love of Bands (“a wonderful mix of indie and folk rock”), Grateful Web (“eclectic in the best sense of the word”), AmericanaUK (“a journey well-worth taking”), Relix Magazine, and DittyTV.

“South for Winter will warm your soul with their earthy vocals and delectable harmonies…the group shimmers and shines through a blend of folk, gypsy, jazz, and blues music, creating carefully crafted stories that draw listeners into their glowing depths” – Musical Notes Global

Voices Café’s offers café-style (at tables) and individual seating, providing the audience the opportunity to bring snacks and beverages, and enjoy a warm, inviting atmosphere with friends and family. Groups of 4 or more can reserve table space. General admission is $25 per person, and Livestream tickets are also available. For more information and to purchase tickets go to: https://voicescafe.org/